At the foundation of IdentityE2E is a strong set of moral values, including honesty and integrity in our dealings with clients. We also built into our founding principles the requirement to use a percentage of our company profits to support the local and wider community. To this end, we have already happily provided financial support to a number of local and national charities, including those listed below…

IdentityE2E are proud sponsors of the annual Charity Land Rover Run. This year was our 10th Anniversary event which was held in June. The event was fully booked and thirty-one vintage land rovers left early one Friday morning from the Battle of Britain Memorial at Capel Le Ferne for the voyage to Le Touquet and back. Our chosen charity this year was Cancer Research UK and over £11,000 was raised. Through these events, more than £63,000 has now been banked for our selected charities in the past 10 years. The photo below was taken in 2015 when Peter Wales handed over money raised in support of the Battle of Britain Memorial Trust, our chosen charity of that year, followed by some images from our most recent event. 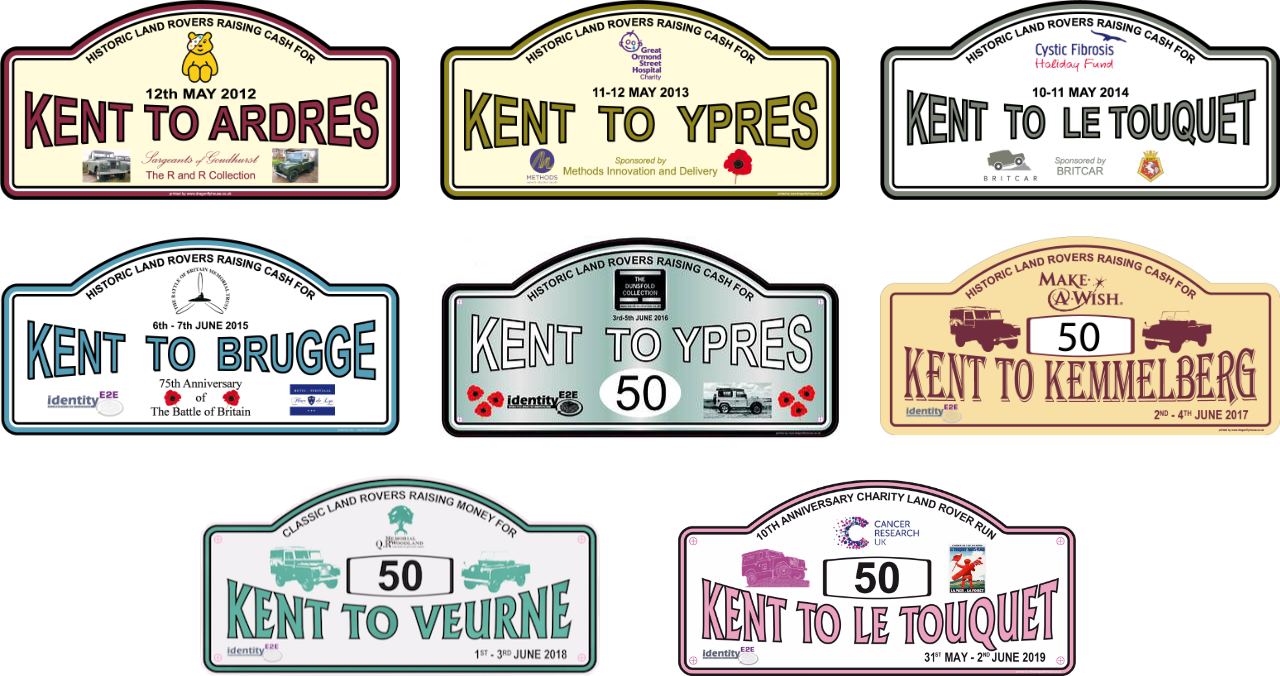